His current theoretical interests are time series analysis, multivariate analysis, risk analysis and Bayesian statistics. His current applied interests are the use of probability and statistics to areas such as resource prediction and control, uncovering economic crime and to risk management. Professor Lillestøl has scientific contributions to all mentioned areas above.

Research areas at the department

(in Norwegian), lecture at Senioruniversitetet, Bergen, 2007. 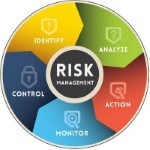 Risk management and safety - An introduction