NoCeT researchers Kristina Bott and Alexander W. Cappelen have, together with Erik Ø. Sørensen and Bertil Tungodden (both also at NHH), written an article in Harvard Business Review. 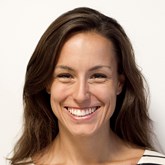 The article, based on an experiment financed by NoCeT, is about their recent study, which shows that moral appeals can help reduce tax evasion.

The researchers also considered the long-term effects of the letters and found that only the detection letter had lasting impact on taxpayer behavior.